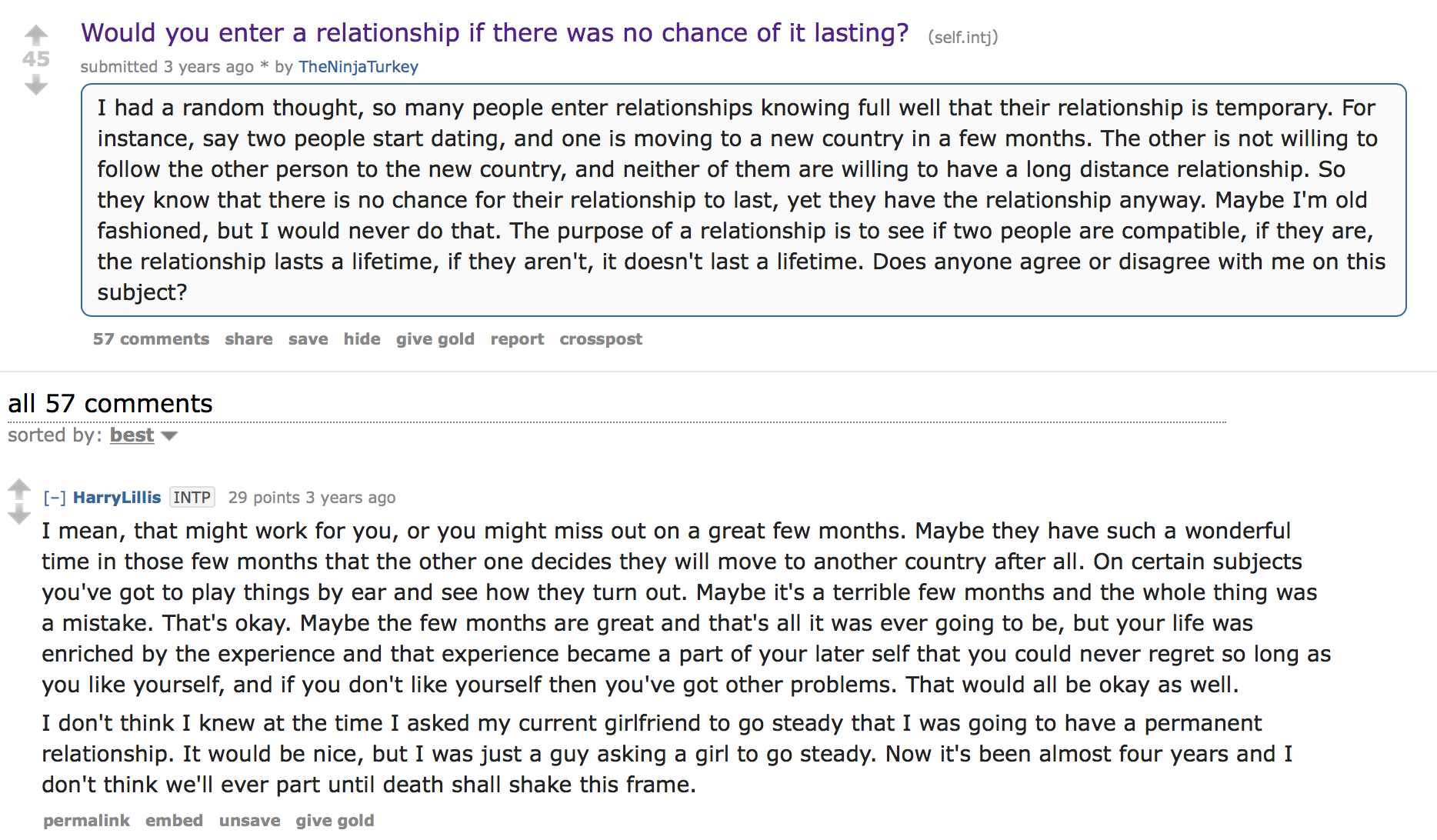 4 thoughts on “Would you enter a relationship if there was no chance of it lasting?”